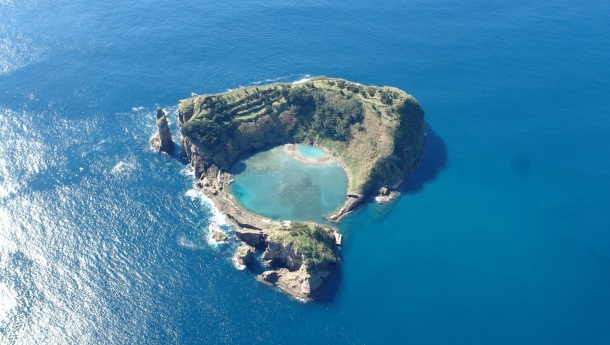 9 of the World’s Most Adrenaline-Packed Events

For the second year in a row, Red Bull Cold Rush brings skiers from all over to Silverton Mountain in Colorado, USA for a one-of-a-kind backcountry skiing contest.  17 men and 5 women competed in 2012 in some epic freeski conditions.  The competition consists of 3 parts:  Big Mountain, Slopestyle and Cliffs.  The Big Mountain segment – skiing the north face of 13,487-foot Storm Peak.  The Slopestyle segment- a landscape of natural features and man-made jumps that fit right into the terrain of the mountain.  The Cliffs segment – yielding the biggest tricks down cliffs up to 70-feet high..the ultimate adrenaline rush.

Valparaíso Downhill is a ridiculously technical downhill biking race.  It takes place in an urban setting in Chile in February every year.  The riders have to go through stair descents, wall rides, jumps with blind landings and deal with a rowdy crowd as well as stray dogs that like to get in the way.  About 15,000 spectators came to see this race in February of 2012.  This event has become a yearly tradition for the town beginning in 2002. Red Bull Cliff Diving brings 11 divers to 7 world destinations ranging from a cliff on a remote island in the middle of the Atlantic Ocean to Boston, MA, where the divers jump from an 85-foot platform off of a building.  In 2011, Gary Hunt secured his victory in the series for the second time in a row.  Gary performed a dive thought impossible to achieve – the Triple Quad – a gnarly quadruple somersault twisting triple. This parkour competition maxes out at 125 participants and takes place in Miami, Florida.  With both team and individual competitions, parkour athletes from all over the globe are drawn to Miami to compete. Team freerunners are judged during 4-minute runs on things like flow, control and style.  The individual competition has 4 challenge events:  bullseye challenge, flow attack, best trick, and speed realm.  The preliminary design of 2012’s event is sketched out below.  The footage above is from the National Parkour Summit Invitational, a predecessor to the Cross Urban Scramble. The Ouray Ice Climbing Festival takes place over a 4-day span and is guaranteed to excite any climbing enthusiast.  It has everything from a gear expo and clinics to an Ice Park.  And while you have to be at least 18 years old to climb, the event is open to anyone willing to trek out to Ouray, Colorado. A man-made ice climbing venue that is located in a natural gorge, the Ice Park boasts more than 200 ice and mixed climbs.

The main idea of this snowboarding competition was to integrate natural elements of the terrain and to use trees to make gnarly jumps and elements.  The course starts out at a steep grade where the competitors show off their big mountain snowboarding skills.  They have a variety of paths to choose from where they can hit jumps, powder pillows and other elements.  Toward the bottom, the terrain narrows down to a choice of 5 jumps, where they go over 80 feet from the biggest jump into a natural descending slope full of powder for the landing. Bridge Day is a BASE jumping extreme sports event in West Virginia.  Hundreds of BASE jumpers and 80,000 spectators gather on or around 876’ tall New River Gorge Bridge.  This bridge serves as a launch point for a window of 6 hours for legal base jumps.  The event originated in 1980 and has become wildly popular in the BASE jumping community.  Bridge Day has a long history, including some record setting jumps – in 1993 there was a seven person bungee jump.  Then, in 1998, sixteen BASE jumpers jumped simultaneously, which was a new record. Nordic Deep is a freediving competition dubbed “the warmest cold water competition.” It takes place in Sweden.  In freediving, one travels as deep as one can on a single breath, either using weights and guide rope (depending on the discipline of the particular free dive event), and then ascends back to the surface.  The depths can vary anywhere from a 30-meter warm up to record-setting 200 meter dives.  In the Nordic Deep, there is a day of safety instructions that take place in a pool, making this event widely accessible. There are also several ‘challenges’ – in one challenge, the divers estimate a 30-meter depth and start ascending when they hit it.  The diver with the best estimate wins.

Although this event is open only to qualified and usually world-renowned surfers, the BillabongXXL Biggest Wave Competition is a year-long event, where competitors have an entire year to make a video or photo entry of them surfing an epic wave.  Surfers travel the globe to places like Jaws in Hawaii in search of the world’s biggest waves, so they can surf and have someone capture the footage.  The surfers are towed in to the waves with jet-ski assistance. 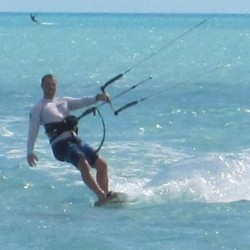 Eugene Muzykin
Contributing Adventurer at Nerve Rush
Eugene is a kiteboarder and aerial photographer based out of Boston, Massachusetts. You can find him on LinkedIn by clicking here.

← On The Loose Wakeskating Trailer
Our GORUCK Challenge Contest Winner →