David Goggins might just be the fittest man on Earth.

Born in 1975, this beast of a man started running to raise money for the Wounded Warrior Project after seeing several friends die in action. In just two months, he lost 100 pounds to become a Navy SEAL.

He picked the most challenging race he could think of and started racing.

At 280 lbs and no endurance experience, he just went after it. 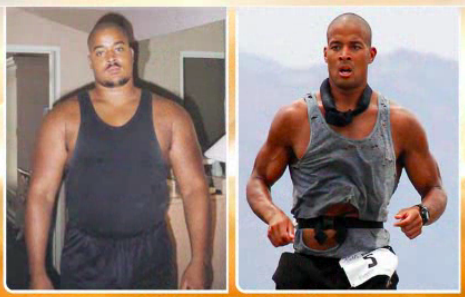 While recognizing his own arrogance, he also admits that he doesn’t even enjoy the runs:

It’s a gesture from me, letting the families know their husbands or daughters did not die in vain.

What’s funny is that people do not believe me. I try to tell them the only reason I do it is to raise money for the foundation.

People respond to pain. If I go out and wash cars for $10, who gives a damn? People want to see you throw up, cry and go through tremendous suffering.

The more you learn about David Goggins, the more you can’t help but be amazed at his absolute endurance and unflinching desire to simply keep going. He also is working on setting the world record for most consecutive pull ups.

Check out all the resources for David Goggins below.