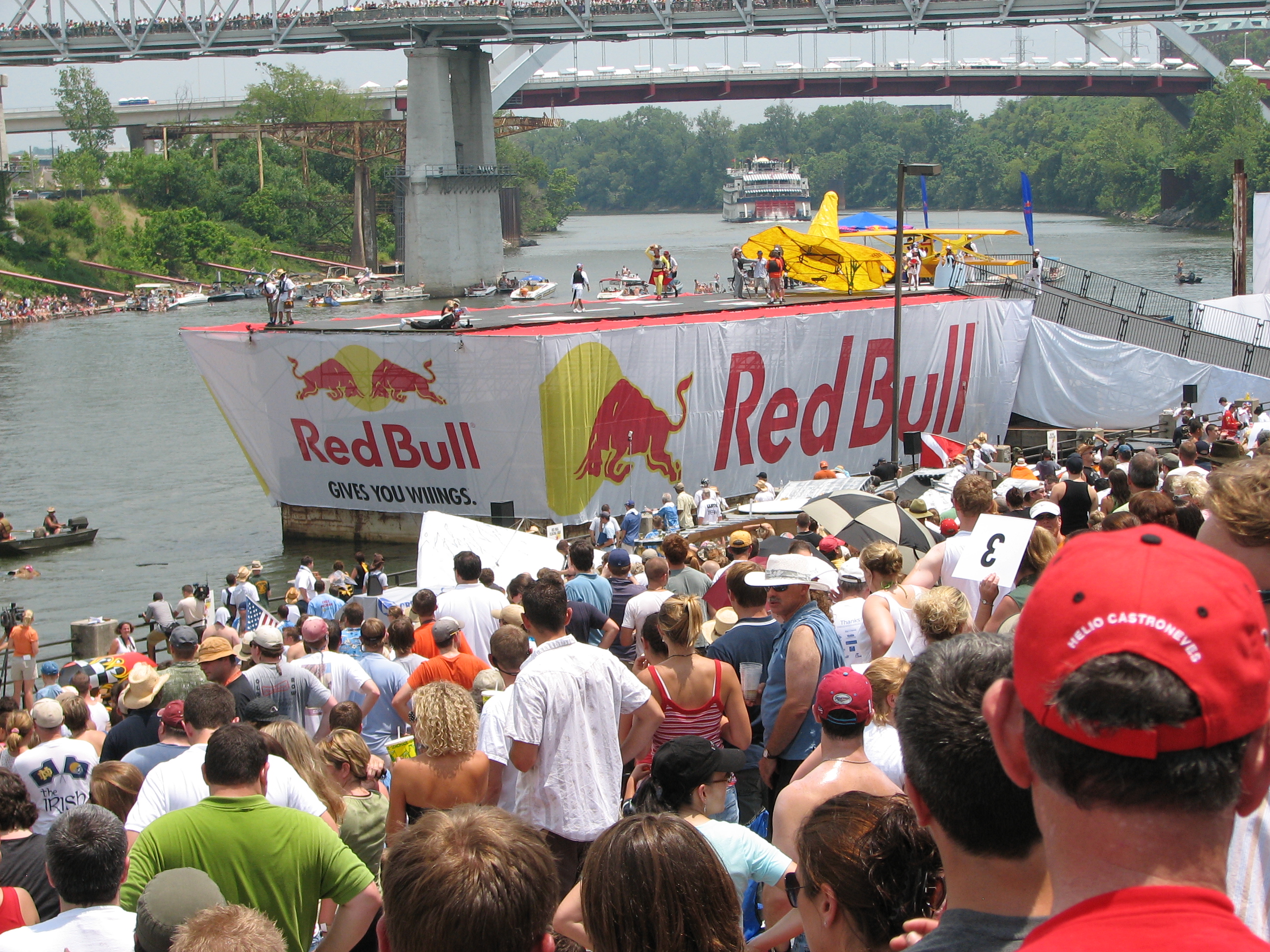 Inside the Red Bull Flugtag

So, you drink Red Bull, the nectar of the adrenaline gods.

But have you heard of the Red Bull Flugtag? “Red Bull gives you wings” takes on a whole new meaning. Flugtag, German for “airshow” or “flight day,” is a Red Bull annual event where competitors launch homemade human-powered flying machines off a 30ft high platform into a body of water.

The vast majority of these flying contraptions don’t fly more than a few feet from the platform. The event is mostly for entertainment and show—a promotional event for Red Bull more than anything else.

Here are a few images of the event, taken in my hometown of Nashville, Tennessee back in 2007.

Brainchild of Red Bull owner and billionaire Dietrick Mateschitz (he holds 49% of the company’s shares), the Red Bull Flugtag started in Vienna, Austria in 1991. Due to its success, it has been held every year since and also in over 35 cities around the world.

Anyone is eligible to compete in the event—to participate, each team must submit an application, and their homemade contraption must meet Red Bull’s event criteria. In the United States, for example, each flying machine must have a maximum wingspan of 30 feet and a maximum weight of 450 lbs.

Ultimately powered by “muscle, gravity and imagination,” the aircraft ultimately end up the water, so they must not have any loose parts and must be constructed with eco-friendly materials.

Teams are judged in three categories: distance, creativity and showmanship. Back in 2007, I witnessed the U.S. record for the longest flight in Nashville, Tennessee. Today, that record is held by team “Major Trouble and The Dirty Dixies,” who flew 207 feet in St. Paul, Minnesota in front of more than 90,000 people in 2010.

Bottom line, if you ever have the chance to attend a Red Bull Flugtag event, go for it. You’ll laugh, you’ll be energized and you’ll walk away with a whole new appreciation for gut-wrenching adrenaline, something we at the Nerve Rush HQ value highly.