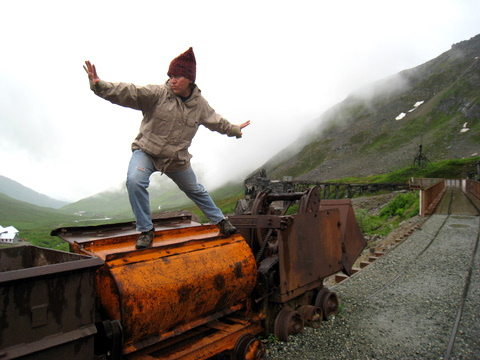 Inside the Underground World of Train Surfing

In America, trains don’t have the popularity that they once used to. On this side of the pond, the automobile and airplane still rule supreme. However, in other countries, trains are still a popular mode of transportation and are central to moving people and things around the country.

So what do trains have to do with gut-wrenching adventure? More than you’d think.

Train surfing is based on a simple idea – instead of paying for a seat on the inside of a train, why not just ride for free on the outside?

Train surfing is exactly what it sounds like and is a prime example of what happens when the practical collides with someone who’s got a taste for adventure.

The sport of train surfing became popular in the 1990s in Germany as it was featured on television, and youth groups became attracted to the idea. Following injuries, the popularity of train surfing waned with a number of anti-train surfing campaigns.

Train surfing was popularized once again in 2005 thanks to sites like YouTube, which allowed people to upload videos of themselves riding. The sport gained momentum and attracted a small but adventurous following, people seeking not only the thrill of riding but also the digital notoriety from their posted stunts. One leader of a German group of train surfers has even been known to ride the InterCity Express – the fastest train in all of Germany – at speeds of 300-400km/h (186-249mph).

Similar to Parkour, train surfing celebrates no winners, and there is no score. The purpose is in the sport itself and exploring what dangers you’re willing to put yourself into.

Train surfing is not without risks. Over 40 youths died in Germany alone in 2008 due to train surfing. Because of this, it is illegal in many countries and most places look at this as an incredibly stupid sport. We’re not sure we agree. While it’s definitely dangerous, most of the extreme sports we feature here would be considered by most people to be “stupid.”

With all extreme things, there are always calculated risks you take throughout each adventure. Whether or not it’s a “stupid” risk is up to the adventurer themselves – only they know the true price of their actions and the value of the adrenaline rush they get. It’s sad that so many young people died – but as always, taks smart risks and know what you’re getting into. Whether you’re in India and need to get a ride for free or you’re in Germany and trying to get a thrill, hopefully you’ll have a little more background on train surfing and be able to make a smart and adventurous decision.