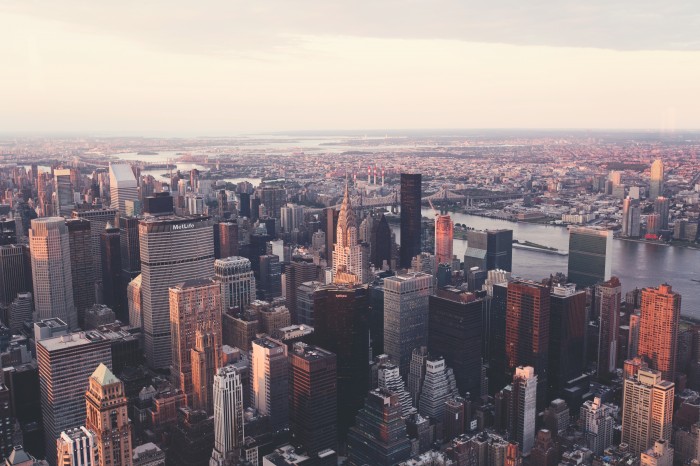 Ode to a Serendipitous Ultramarathon in NYC

It was in the late afternoon of a Thursday in June when I picked up my phone.

“Alan, are we going to do this? We’ve been talking about it for so long.”

While I think my brother,  Dan, was a bit antsy after a long week in the office, the man had a point. For the last few years, we had discussed running a marathon together.

I made a valiant attempt in college. My friend Gabi and I ran through St. Louis’ Forest Park several times over the course of 8-10 weeks, following a strict four- month training schedule. After a particularly long run one weekend, my knee gave way when I got out of bed the next morning. Gabi and I made the executive decision to postpone our long distance exploits. Turns out that was a good decision, as we both pledged the same fraternity and likely wouldn’t have had much free time to safely finish our training.

My brother also once tried to run a marathon. I remember one of his training runs while we were visiting family in Indiana. It was Christmas time – cold and windy, and my brother went out for a solo 14-mile run. My family thought he was crazy, but I knew what he was going through. Despite biting gusts in his face during the latter half of his run home, he celebrated a victory that morning. He had officially run a longer distance than I ever had.

Like me, Dan’s knees started bothering him and he didn’t finish his training. Over the next couple of years, I got into obstacle racing and rock climbing, joining a local gym and racing events like the Tough Mudder, the Spartan Race, and even a zombie apocalypse-inspired mud run. Scary stuff.

Throughout 2013 and 2014, Dan and I had talked about another attempt. This time, we would train together. We went back and forth, trying to find the perfect race to sign up for. Do we race locally? Do we pick a city and fly there for the weekend? What races are available given our hectic work schedules, upcoming bachelor parties and vacations and conferences?

Thing is, we couldn’t find a race that “worked.”

It wasn’t until Dan’s phone call last June that we realized…we don’t need a race. All we have to do is put our shoes on and run. We’ll figure out the details later. Trying to find the perfect race was holding us back from what’s most important. Let’s just start running, and we’ll take it from there.

He called on a Thursday, and we started our four-month training program that next Tuesday.

The plan was simple.

We’d follow the same four-month training plan that we had used before. While we both live in New York City, it was easier for us to train alone during the week and then, occasionally, to sync up on Saturdays for longer runs. I would train along the west side of Manhattan, hugging the Hudson River during my runs, and my brother would train along the East River.

We’d call each other regularly to chat about how we were feeling, to make sure we trained at the same pace, and to psyche each other up for the next run.

Unfortunately, after about 10 weeks of training and one particularly long run, Dan told me that something didn’t feel right. He had suffered knee and ankle injuries in the past, and he didn’t feel like continued stress was the right decision at the time.

I’m proud of Dan for listening to his body, but I was upset that I no longer had a training partner. At that point, I was more than halfway done with my training, and I had just run the longest I have ever run before, a 16-mile Saturday morning session.

I decided to press on. There were still, of course, some details to sort through:

Satisfied with my training, I set out to run my “DIY marathon” on Sunday, August 10th.

A few days prior to the run, I received a serendipitous text message from Joel Runyon, close friend and co-founder of Nerve Rush, an extraordinary human being who recently set out to run seven ultramarathons on all seven continents.

”Yes, any chance you want to run a marathon with me on Sunday morning?”

I figured, Joel was in the middle of ultramarathon training, so he likely had a longer run scheduled that weekend anyway. My hypothesis was validated when Joel agreed to join me on Sunday. I made a last minute trip to REI to pick up his favorite Clif Shot Bloks, and made plans to meet Joel at 7:00am the next morning.

For the more novice ultramarathon runner, finishing the race safely is the most important accomplishment one can hope for.

The time doesn’t matter nearly as much as listening to your body, knowing how and when to take breaks, and constantly battling the “please stop now this is hurting” voice in the back of your head.

While I had been training at an 8:00-8:30 min/mile pace, Joel had been working with a professional ultramarathon coach at a slower pace. About 4-5 miles into our run — we both went out way too fast! — we both slowed down. Turns out this was a smart decision, as the temperature quickly picked up to 85+ °F. It was a hot and humid day, not ideal for long distances.

Along the way, we snuck into a 5K race and “borrowed” their aid station, took a quick bathroom break, and stretched where we needed to. Running an ultramarathon, I learned, is about managing your body, and that’s what Joel taught me to do.

With about two miles left in our run, Joel looks at me and says, “Hey, want to make this an ultra?”

While ultramarathons tend to follow 50K, 100K, 50-mile or 100-mile courses, an ultramarathon is technically any race over the normal 26.2 mile distance.

Joel whipped out his fancy GPS watch, and we ran around a couple of Hudson River piers to tack on an extra tenth of a mile, putting our final race distance at just over 26.3 miles.

I set out to run a marathon, but I learned how to run an ultramarathon. 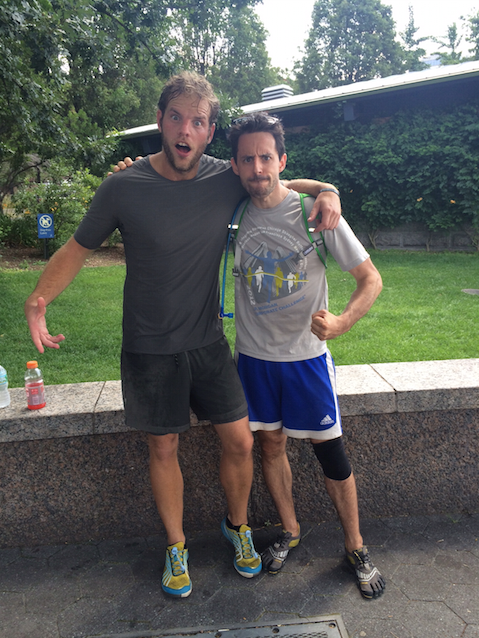 Just after Joel and I finished the NYC “ultramarathon.”