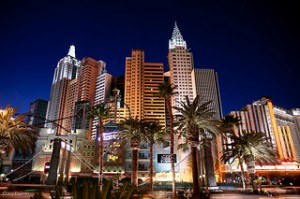 Las Vegas, also called Sin City, is a place where there is always something to do. You can carry an open alcohol container in the streets, and you can gamble anywhere you want. Lesser known but still prevalent, though, are the action sports in Las Vegas.

In a place where seemingly anything is possible, you have options. One option is to bungee jump off the Stratosphere Tower, over hundreds of people and asphalt streets with nothing to stop you but an oversized bungee cord. It is an activity that is sure to get a raise out of even the most seasoned adrenaline junkie.

Want to take it up a notch? Try skydiving over the Vegas strip. You can freefall over the Luxor and Circus Circus while you look out at the Red Rock Desert in the horizon. It is, truly, a spectacular view. If you are looking for something more nature oriented, Las Vegas has that too. 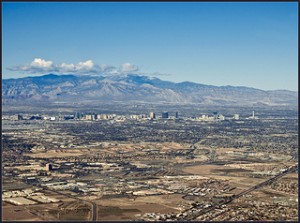 Go rock climbing in Red Rock Canyon and experience the desert rock that is so unique to the American Southwest. Or, if you want to experience the desert another way, get a mountain bike and hit the trails. A local favorite, Union Trails is a small network of trails located just outside of the city with a little bit of everything to offer. The paths vary from wide and mostly flat, open desert to more technically steep and difficult trails. There is also the option of kayaking and kayak fishing in Black Canyon. You can spend days down in the river that runs through the canyon, or you can even make it a day trip, but either way it is one of the most scenic views in the area. There are plenty of caves and waterfalls in the canyon walls and it makes for a great outdoor trip. If you’re one who prefers to go under the surface of rivers rather than on top of them, then consider scuba diving in Lake Mead. Near the Black Canyon, it is the location of an underwater rock slide and a man made cavern said to have been carved out during dam construction.

If you’re looking for something more urban, try car racing at the Las Vegas Motor Speedway. You can handle cars with 600 horsepower and reach speeds of up to 160 miles per hour! If you’re a skater, check out Skatecity. With loads of ramps and rails, you won’t get bored any time soon. If you’re a paintballer, than head on over to Combat Zone Paintball and fire away! With 4 different military combat-themed battle fields, referees on every field and zombie apocalypse-themed games, this place has got it all. If you’re not a gambler or a drinker, or even if you are, there are plenty of other, more extreme, things to do in Las Vegas. Hopefully you will be sure to check out all of the different action sports in Vegas sometime!