This video comes from Eugene Muzykin, a Boston-based quadcopter pilot

and longtime friend of Nerve Rush.

I got a chance to film a free and open-to-the-public fitness group called November Project doing their regular Wednesday 6:30 am morning workout. I captured them running the Harvard University Stadium spectator seat stairs. I filmed and edited together a short movie with aerial footage filmed with my DJI Phantom 2 quadcopter which has a GoPro camera attached to it. 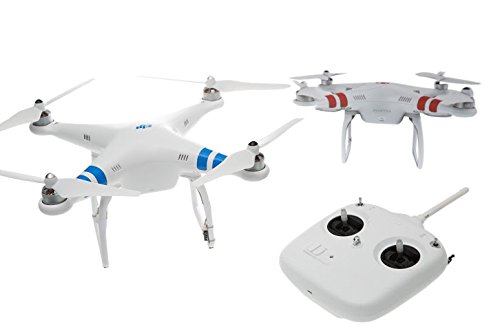 I have been flying quadcopters to make short movies and take photos for about 6 months now.

I do not have any formal background or education in the film industry or aviation. However, flying quadcopters and getting stable video footage has become much easier with the latest technological improvements in that space. In my setup I am using 3-axis stabilizing system (gimbal) which uses three brushless motors to keep the GoPro camera leveled to the horizon regardless of the movement of the quadcopter. Improvement in batteries have also played a major role in recent surge of a range of quadcopter products coming to the market. After getting a lot of practice, numerous test flights to find best settings and adding FPV (live video preview of the GoPro image) I was able to capture the footage shared here.

Shooting at the Harvard Stadium was a very interesting experience. I spent a few hours planning what kinds of shots I wanted in this movie clip a few weeks before filming. Normally, sport stadiums are off limits for quadcopters. Stadiums are usually private properties, and quadcopter mid-air failure or loss of control could be very dangerous to spectators.

Since I was filming at Harvard Stadium, which is usually open to the public, I had less concerns about some of the issues mentioned above. I did take good precaution to ensure safety of the participants of the November Project workout by not flying directly over them. One issue I faced was the possibility of getting shut down by campus police or one of the Harvard Football team managers. From the research I’ve done I was not violating any FAA law or was not in any no-fly zone. However since quadcopters are so new, any official can take matter into their own hands. If I was flying recklessly, getting shut down would have been fully justified without needing a law for it.

Another challenge I faced was not being sure if the Harvard Stadium field itself was going to be used that morning. If there was a regular football practice going on that day, I would have had to launch from somewhere on the stadium stairs and catch the quad during the landing (no room for a landing otherwise). I practiced catching the quadcopter during landings weeks before I filmed at Harvard for this scenario specifically, but the football practice started late that day and there ended up being enough room on the stadium field for me to launch and land. From the technology standpoint everything went really well. I used 3 batteries for 3 flights to shoot video and one flight to shoot photos. There were some intermittent problems with GPS signal but that’s usually not a necessity for a good flight.

Overall it was a very fun experience.

It was a great opportunity to film a very motivated group of people at a really cool shooting location.

← How to Improve Your Climbing
Wakeskating the Erie Canal →