One World Endeavors And The First January Ascent Of Denali 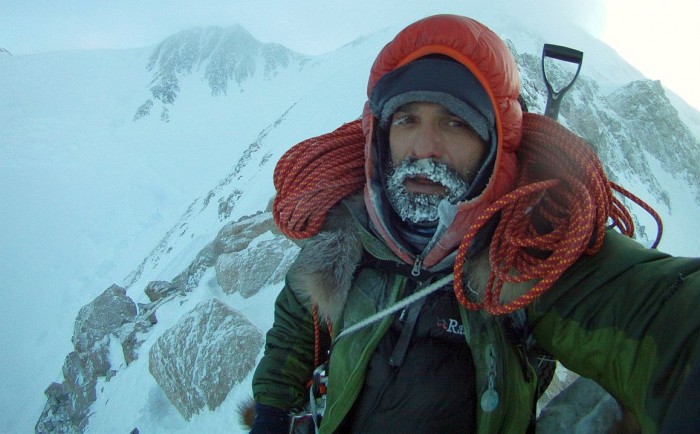 In early 2014, Lonnie Dupre became the first person to summit Denali in January, an achievement that made headlines all over the world. During the solo ascent, Dupre encountered 100+ mile per hour winds, -60 degree temperatures, and extremely rugged terrain, and he managed to move on through it all while working with only six hours of sunlight each day.

Only nine expeditions, totaling 16 people, have ever reached the Denali summit in winter, and six deaths occurred during those climbs. Of these previous winter expeditions, four were solo, but none were in January, the darkest and coldest time of the year on the mountain.

The brutality of Denali in January is what drew Dupre to the mission. Being an accomplished Arctic explorer, he is no stranger to harsh winter conditions. Over the years, only 16 people have ever reached the summit of Denali during winter, though none had achieved it during the month of January. Except for Lonnie Dupre, of course.

While he’s not conquering the world’s coldest environments, Dupre runs One World Endeavors, the organization he created to create and lead pioneering expeditions in the coldest regions of the globe as a means of advocating for these fragile environments which impact our whole planet.​

To explain a bit further, Lonnie Dupre recently said, “For as long as I can remember, I have loved snow and ice. As a result, I have spent most of my life exploring the Arctic region. These journeys have brought such joy and beauty to my life that I have dedicated myself to helping preserve these wonderful frozen places. More than ever before, I am driven to share my passion for the Arctic, a region whose health and stability have far-reaching consequences for us all. Knowing that strength is in numbers, I am launching One World Endeavors (OWE) — a means for us to work together to inspire worldwide movements dedicated both to fighting pollution and to addressing climate change. OWE will also be a support tool for leading environmental organizations and legislators who want to inspire large audiences to help with this work.”

Dupre speaks with a lot of experience, as he has logged over 15,000 miles of travel throughout polar regions and the high arctic, mostly by way of ski, kayak, and sled dog teams. Dupre has also traveled and resided with the local Polar Inuit population, causing him to develop a hearty appreciation for local culture, which is a huge motivation behind the founding of One World Endeavors.

Some of Lonnie Dupre’s most memorable journeys into the world’s most frozen environments, aside from the January summit of Denali, include a 3,000 mile sled dog crossing of the Northwest Passage during winter, a 6,500 mile journey by way of dog team and kayak to circumnavigate Greenland, and two 650 mile journeys on skis from Canada to the North Pole.

Dupre currently lives in Grand Marais, Minnesota, and continues to be active in raising awareness for the protection of the Arctic. He has written two books, Greenland: Where Ice Is Born and Life On Ice, has made numerous television appearances around the world, and has worked directly on film projects with National Geographic.

You can learn more about Lonnie Dupre and One World Endeavors at OneWorldEndeavors.com.