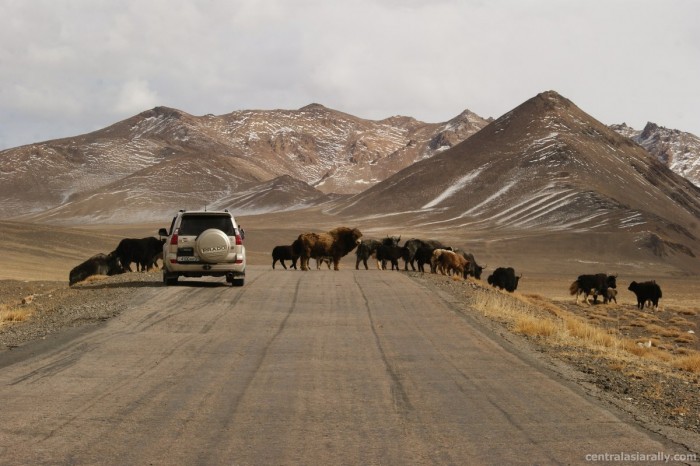 8 of the World’s Most Gut-Wrenching Rallies

Ian is a 20-something  adventurer and explorer participating in the Inca Rally this August.

In a time when dedicated race tracks didn’t exist, and paved roads were rare outside of city limits, rallying was the only way to race from point A to point B; and that’s exactly what racing enthusiasts did. In 1894 for example, the challenge was to get yourself and your car from Paris to Rouen, 79 miles. The winning car completed the time in 6 hours and 48 minutes with an average speed of only 11 miles an hour.

And there it was, the birth of the first rally.

For today’s thrillseeking adventurists, the premise is still the same: get your car, driver, and navigator from one place to another as fast as you can. You may have heard of such world-class rallies as the Dakar and WRC, but did you know about these 7 alternatives for the gut-wrenching traveler?

The first ever trans-continental rally was held between Peking and Paris in 1907, an epic challenge between a Prince and a Pauper. 5 cars set out from Peking, and 4 made it to Paris. They set out to prove that man and machine could go anywhere. Fast forward 90 years, and the Peking to Paris rally has been running ever since 1997.

What makes it different? Classes of cars range from 1920 right through to 1975. A 33 day adventure driving vintage and classic cars half-way around the world through some of the most remote scenery on earth.

The Dakar may have been moved to South America (in 2009) due to security threats in Mauritania. But the Budapest-Bamako keeps the trans-Saharan driving adventure alive. The route takes you from Hungary through Austria, Italy, France, Spain, Morocco, Mauritania, and Mali before reaching Bamako.

What makes it different? A charity rally for those who’ve dreamed about the Dakar, Africa, the Sahara and hitting the open dirt under extreme circumstances. It’s a minimal assistance event, and there’s an adventure (touring) and competition (race) category. A two week drive in hostile terrain.

Organised by The Adventurists, the Mongol Rally is a 10,000 mile race from the Goodwood Circuit (UK) to Ulaanbaatar (Mongolia). There is no set course, you choose whatever path you like. Some teams choose the southern route (Turkey, Armenia, Iran, etc.) and others a northern route (Ukraine, Russia, Kazakhstan). The ‘unroute’ brings a whole new twist to the race. Picking the course is like being dealt a hand in texas hold em poker, you don’t know what you’re going to get but you have to keep on playing. Driving over mountains, across deserts, and through some of the planets more remote terrain.

What makes it different? The Mongol Rally has rules: tiny cars (1.2L or 125cc bike), under 10 years old, unsupported, with some of the profits going to charity.

“7 Countries, 7 Checkpoints, 7 Parties, 7000km in 17 Days!” The Put Foot Rallyis for those who see themselves as explorers, unafraid to chart the uncharted, unfazed by running out of petrol or losing a tyre… in the middle of a pack of lions or herd of elephants. This adventure is for those who listen to the Garmin and Tom-Tom girls solely for their sexy voices.

What makes it different? The PutFoot Rally has checkpoints along the way. The route can be determined by your race team, but for talk you into a common route, they have these 5 checkpoints (parties) including South Africa, Zambia, and Malawi.

Organised by The Travel Scientists , the Central Asia Rally is a road race from Budapest to Tajikistan via the Ukraine, Southern Russia, Kazakhstan, Uzbekistan, and Afghanistan. An unsupported rally where you drive whatever you like, with optional participation in charity projects along the way. 18 days and 8,000 kilometres.

What makes it different? There are no vehicle rules, and 3 race categories: Competition (GPS scavenger hunt), Touring (explore the route at your own pace), and Extreme (vehicle over 25 years old).

Dates: 26 May – 12 June.
Entry Fee: Variable, depending on entry date and category. The Silk Road Race, a cheaper alternative, and a pure charity rally.

The Inca Rally is a new contender on the rally scene. Another charity rally. 8,000km from Peru to Guyana following in the steps of the legendary tale of El Dorado. No support crew, and more-often-than-not no GPS. Along the way, racers will climb vertiginous Andean peaks, cruise through vast plains, bask in the Caribbean sun and plunge into the Amazonian basin. There is no official route – just parties, events, and charity visits organised in each capital for the drivers who make it that far.

What makes it different? The adventure begins in Lima, where your haggling skills will be tested as you try to find the best possible machine that your limited pesos can buy. You may break down in the middle of nowhere and the closest spanner may be a lama ride away. You may decide to take a detour and end up in a peculiar rural festival for a few days. Or you may discover new routes that were not on the map. That is the beauty of the Inca Rally; you never really know what could happen.

The Alcan 5000 deserves a mention simply because of the sheer toughness of the event. It’s the oldest, coldest winter road rally in the world. The rally route starts in Kirkland (Seattle) and heads north through Canada to Alaska where it finishes up in Anchorage. 4,490 miles of mostly snowpack, ice, falling snow and blowing snow. A competitive adventure that rewards experience, good judgement, consistency, reliability, and resourcefulness.

What makes it different? Didn’t I say that already? The oldest, coldest winter road rally in the world. Over 90% of the route is scenic touring, scoring is in short sections with equal penalty for early or late arrival.

As you may have noticed, not all rallies are created equal. Some race simply for the thrill of adventure, some for profit (with a charity element), and others are pure charity rallies. You want adventure and excitement? Pull a team together, pick one of these multi-country rallies, and get out there!

← Freedive The World
“10 Days of Sketch” BASE Jumping Trailer →