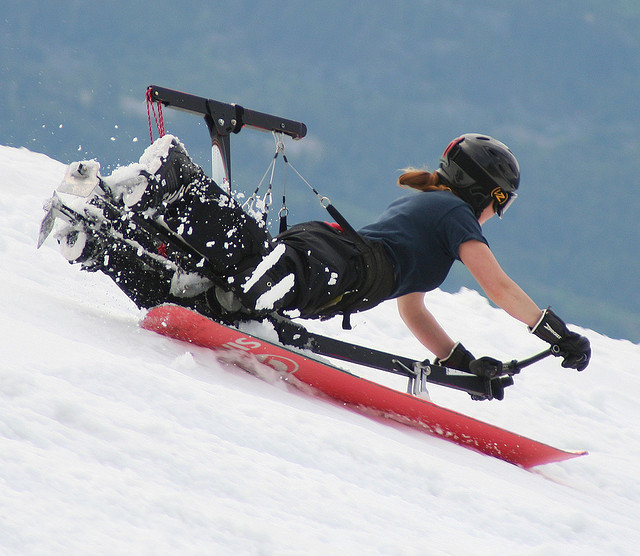 While most people would be completely satisfied with the thrill of surfing, snowboarding or skateboarding, serious adrenaline junkies have been coming up with new and bizarre ways to get that extreme adrenaline rush. Below is a list of 10 of the most outlandish extreme sports we could think of. Bet you’ve never even heard of most of these sports!

Not to be confused with tight-rope walking, slacklining uses a wider fast mesh line that is strung slacker than a tight-rope. Much like tight-rope walking slacklining involves strong balancing skills and focus. Remember Dean Potter, the guy who highlined 6,000 feet up in the air across the Enshi Grand Canyon in China?

Slacklining has become so popular for its versatility and “slackers” ability to practice pretty much anywhere. There are a bunch of variations on slacklining which include urbanlining, tricklining, waterlining, highlining, windlining, freestyle slacklining and tunnelining.

This gravity-powered activity involves riding a street luge down a paved road or course. Ever go down a hill while sitting on your skateboard instead of standing? This sport originated in Southern California when skateboarders realized they could go much faster downhill by lying on their skateboards. Eventually someone developed a special street luge board and the sport really took off with professional competitions!

Also known as ash boarding or volcano boarding, this sport involves boarding down the ashes of a volcano on a thin plywood or metal board. Riders hike up the volcano and then either stand or sit as they head back down to the bottom. This sport is actually pretty dangerous considering the volcanic ash is sharp and painful to fall on so riders are encouraged to wear protective gear while practicing. Pretty cool concept though! 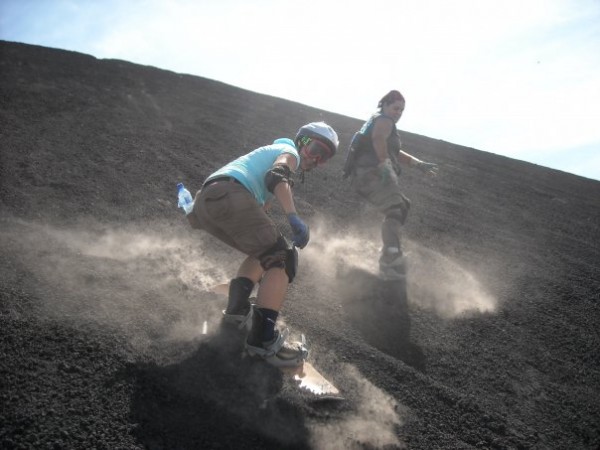 By far one of the coolest activities on this list, sky surfing is a form of skydiving where the skydiver attaches a board to their feet and performs surf-style aerobatics during their freefall. This dangerous sport requires a substantial amount of practice and not every skydiving club permits sky surfing, but the video below of this guy sky surfing is pretty cool to watch!

What started out as a means of transportation eventually became a form of extreme sport for daredevil thrillseekers. Train surfing first appeared as a sport in South Africa when teenagers from poor families would ride on the tops of trains for fun. Train surfers essentially risk their lives while performing tricks and dance moves on high speed trains. Train surfers face multiple risks including electrocution from overhead cables, serious injury, death and punishment by law enforcement. Below is a video of some kids in Russia train surfing.

Wing walking is similar to train surfing except wing walkers perform on the wings of moving airplanes. The earliest known instance of wing walking began in the early 1900’s when Ormer Locklear would climb out onto the lower wings of his plane during World War I pilot training. Wing walkers then began performing stunts with the goal of constantly outdoing one another. Such insane stunts as hanging by one’s teeth, transferring planes and doing handstands were often performed! 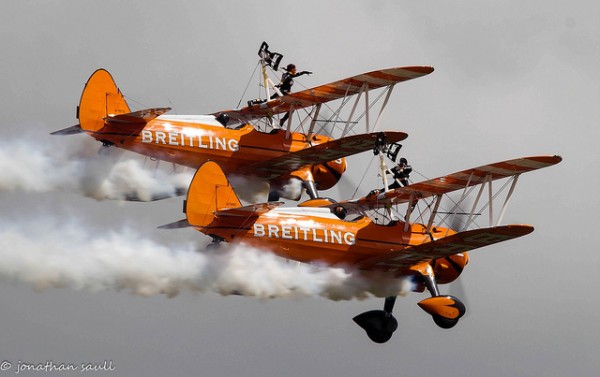 Trampoline walling is pretty much exactly what it sounds like. Gravity-defying daredevils jump from heights upwards of 16 feet, land on a trampoline to bounce back up to the wall. Jumpers typically incorporate flips and twists as they go from trampoline to wall and back again. Former Cirque du Soleil performer Oliver Lemieux is one of the first to make trampo-walling a mainstream activity where people can now try in the safety of a gym.

Sepak Takraw, or kick volleyball originated in Southeast Asia. Players use a rattan ball and only their feet, chest, head, or knees to score on the opponent by sending the ball over the net. Could be a fun game to start in your backyard! Check out the game video below.

This bizarre underwater sport first originated in England in 1954 as a way for Southsea Sub-Aqua Club members to stay active during the cold months when open-water diving was no longer as appealing. The game, consisting of two 10-15 minute halves, calls for two teams of six to compete to move a hockey puck across the bottom of a pool to score on the opponents’ goal. The game requires players to hold their breath for long periods of time as they strive to push the hockey puck across the pool floor to score on the other team…a lot harder than it sounds! Equipment includes a snorkel, diving mask, fins, stick (also known as a “bat” or “pusher”) and a protective glove. Check out the video below of a US Women’s Underwater Hockey game!

One day, a man named Don Arney had the random idea of combining hang gliding with snowboarding and so hangboarding was born! Hangboarders soar horizontally downhill on a hangboard which looks like this: 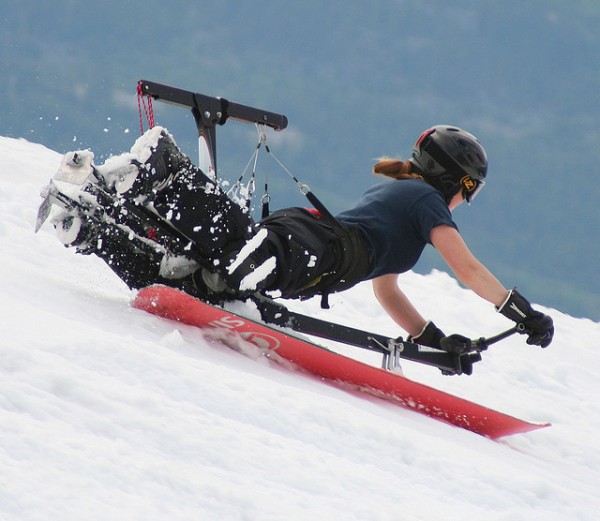 The “pilot” holds onto handlebars at the front of the hangboard while hanging from a T-shaped bar. The rudder at the back, where the pilot’s feet are secured, functions as a way to steer your way down the mountain as well as a brake in case you need to stop at any time.