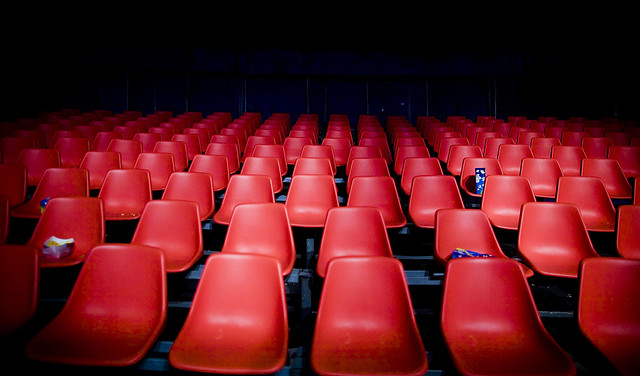 13 Films for the Armchair Adrenaline Junkie

What a bummer! You had an epic trip planned with some dudes or dudettes…and a wrench got thrown in the mix. You still itch for more adventure. Something to get your heart pumping.

Well, Nerve Rush is coming through this week to give you your adrenaline packed fix. Put on your diapers, boys and girls, because these flicks are so intense you may just pee your pants.

Endless summer is known as the “ultimate surfing movie.” It follows the adventures of big wave riders as they scour the globe in search of the perfect wave. Director Bruce Bowen follows California surfers Mark Hynson, Robert August, and himself as they ride waves with sharks in Australia, step into liquid in West Africa, the clear waters of Hawaii, and the tropical paradise of Tahiti. With essentially their surfboards as all the luggage they need these three friends embark on an epic quest to find the perfect wave all the while embracing different cultures, people, and growing up a bit while traveling the globe.

Endless summer also features one of the greatest soundtracks you will come across.

“You can’t tell how good a wave is until you actually ride it.

This film outlines the story of former hitman, Chev Chelios (Jason Stathem) who is attempting to turn his life around. A former employer who is seeking vengeance against  Chev for hanging up the guns in the middle of a job has injected him with a deadly chemical that will end his days if he does not keep his heart rate from falling below a certain level. Chev spends the majority of the film ramping up his adrenaline with reckless abandonment for his body and safety in pursuit of the men that have kidnapped his girlfriend and are trying to kill him off.

Plus, it’s Jason Stathem people. One of the worlds premiere badasses!

“Well, I’m glad to hear that. Listen, I’ve been fatally poisoned, there’s probably a psychopath heading over there to torture and kill you as we speak, but don’t bother getting out of bed, I’ll be there in a flash… Maybe you could fry me up a waffle or something, kay?”

Parkour, slack-liners, and high flying acrobats have nothing on Philippe Petit. In a feat you have to see to believe the 24 year old French man on August 7th, 1974 illegally rigs a high-wire in-between the World Trade Towers of New York city. As a crowd begins to grow below, Petit dances the line for over an hour. The documentary not only outlines a dramatic act of bravery and courage but also addresses an underlining theme of respect and adoration that Philippe was paying to the city of New York and the buildings themselves.

Philippe was a somewhat misunderstood creative genius as the details, thought process, and carrying out of this artistic crime can sometimes be overshadowed by the sheer guts of the act itself. Man on a wire is consistently ranked as one of the top 50 documentaries of all time.

Life should be lived on the edge of life. You have to exercise rebellion: to refuse to tape yourself to rules, to refuse your own success, to refuse to repeat yourself, to see every day, every year, every idea as a true challenge – and then you are going to live your life on a tightrope.

Pete Nessip (Wesley Snipes) plays a Federal Marshall whom is escorting a criminal computer mastermind, via jet, to his new home behind bars. The plane is hi-jacked by a group of sky-diving terrorists interested in the computer nerds hacking skills and a special air-raid scheduled for July 4th in Washington D.C.

In order to bring down the terrorist group led by a former DEA agent gone rogue (Gary Busey), Nessip must be trained in the art of Sky diving at a rapid rate. Aerial acrobatics and uncanny cinematography ensue as Nessips time is running out.

Ueli Steck known as “The Swiss Machine” is regarded as one of the worlds best and fastest free climbers in the world. This documentary not only tells the story of Ueli and his record breaking climbs in the Swiss Alps but also shows the balance between chasing shear adventure and putting your life on the line for it. Ueli defines what  human potential is capable of if you go for what you believe in regardless of what society defines as possible. Not a movie to watch while you play PartyPoker in the background — it’ll be hard to take your eyes off the screen!

Dangerous 8,000 foot climbs and stunning scenic views accompany Ulei in his quest to climb some of the worlds most difficult summits faster than anyone has ever done before. Ueli is also an avid trail runner and uses it as a big part of his training. Here he explains the difference between his two loves.

It’s simple. You climb as fast as possible. There is one big difference from trail running. If you make a mistake, you’re gonna’ die! So, in a technical speed ascent, I never push my body to its absolute limit. That’s too dangerous. Of course, while training, I push myself as hard as I can. If you run and you get tired, you run slower. On a speed ascent, if you go over your limit, you fall.

The Art of Flight

The most recent film to make this list is “The Art of Flight.” This film is the snow boarding version of “Super Size Me,” in that everything is done big. Real BIG. From the shots of giant mountain ranges to the filming of snow boarder Travis Rice and friends dropping in on some of the worlds most dangerous snow covered peaks. Avalanches, injuries, and severe weather conditions add an extra element to danger to a sport that already epitomizes pushing your limits in some of the most extreme elements.

Sup Brah! Point Break follows Johnny Utah (Keanu Reeves) as an undercover agent that the FBI is paying to learn to surf big waves in search of what they believe are a gang of beach bum bank robbers that disguise themselves as the ex-presidents. Gnarly surf clips, a bodacious foot chase, and one of the more memorable skydiving scenes you will ever see highlight this adrenaline junkies dream film. Plus, it features Keanu Reeves and the Red Hot Chili Peppers…. nough said.

It’s not tragic to die doing what you love.

“The Human Spider Returns” is a short documentary in a five part series that features some of the most prominent daredevils in the world, any of which could have been included here. This particular entry in the series introduces us to urban free climber Alain Robert (our second frenchman) who is known as the “French Spider Man” for his insane climbing assaults on some of the worlds highest skyscrapers. Following him for nearly two years the film showcases some of his most epic free climbs and introduces us to the one building that has seem to elude him. The 88-storey Petronas Towers of Maylasia. Bare hands, chalk dust, and Alain’s shear nerve are the only thing that stands in his way.

The limit that he is now searching for is a limit that is close to the limit of life and death.

It’s a wonder how Laird Hamilton, Greg Noll, and Jeff Clark float given the weight of their balls! Along the same lines as Dogtown and Z-boys, Riding Giants not only address the culture and lifestyle of a unique sport but also the individuality and freedom that those involved in big wave riding are proud to represent. Fused in are life and death accounts of surfers tackling what would seem insurmountable odds as they battle what can only be classified and Poseidon like waters.

What are you going to do? I’m going to the North Shore to ride big waves and find out who I am.

Get your mind out of the gutter people. This is the story of Xander Cage (Vin Diesel) an adrenaline junkie with no distinction between life and death. His outrageous stunts and disregard for authority land him in prison where the government soon finds and blackmails him. Hired to help bring down a Russian crime ring, Xander performs motorcycle stunts, base jumps from moving vehicles, and snowboarding tricks in an extreme sports version of James Bond.

Yeah. Cars, boards, bikes. I like anything fast enough to do something stupid in.

If you’re looking for your adrenaline fix this may be it. This film has got you covered. As three extreme sport athletes travel to the Austrian Alps to film a commercial in which they are being chased by an avalanche they accidentally catch a Serbian war criminal on camera. Adventure ensues from white water rafting, big mountain skiing, extreme snowboarding, skydiving, motorcycle stunts, base jumping, and monster helicopter stunts as they try and stay alive. Extreme Ops dials it up a notch to meet all your Nerve Rush fantasies.

Conquers of the useless is what they call themselves. 180 Degrees South is a documentary that shows us in detail world explorer Yvon Chouinard and friend Doug Tompkins as they traveled from sunny California in 1968, to the deep edges of a world less traveled in Patagonia. American adventurer Jeff Johnson follows in Yvon’s foot steps as he traces the exact path Yvon and friend Doug took. Jeff climbs ice capped mountains, surfs unchartered big waves, rock climbs, hits white waters, and sails rough waters in raging storms. Along the way Jeff discovers environmental disasters that threaten the once pure sanctuaries that Yvon encountered years before, as wells as noble heros that fight to preserve them.

Fear of the unknown is the greatest fear of all. But we just went for it.

I Believe I Can Fly

Known as the Skyliners this is a film that follows a group of friends as they stare death in the face by combining BASE jumping, rock climbing, slack lining, and high wire balancing acts above mountain tops and in between skyscrapers and famous land marks around the world. There is a scence in which one of them does a handstand on the edge of a cliff thousands of feet above the earth. That should tell you enough about how nuts these cats are.

A free man is someone who is true to himself. Who follows his dreams and turns them into reality.  You have to put fear to one side, it will always be there, but you have to follow your path.  It’s all possible if you put enough energy into it.  A free man, to me, is someone who tries to make his dreams come true.

BONUS: If you have kids that need a dose of adrenaline

Got a couple of kids that like to jump from couch to couch, seem to break bones every other week, and are always in to mischief? Sit down and enjoy Surf’s Up with them .

With so many amazing armchair adrenaline junkie movies out there we surely could not get to them all. What are some of your favorites? Post to comments and lets debate.