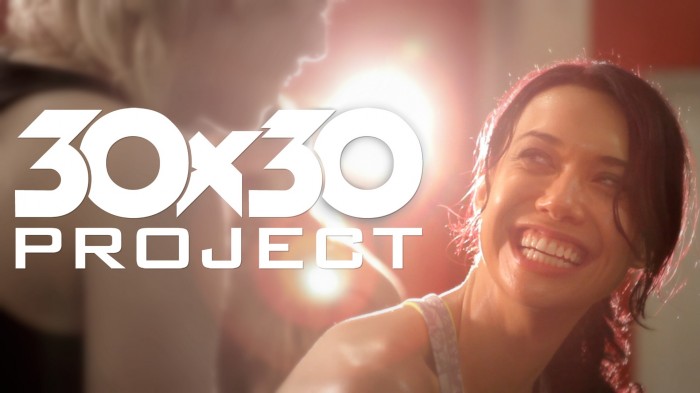 The following is a guest post from Amy Clover. Amy writes at Strong Inside Out and can also be found via @stronginsideout.

Let’s just start by getting this out there: I’m not an extreme sports person. I don’t run ultras. I’m not an Ironman. I don’t scale cliffs.

What I am, is an extreme hope enthusiast.

What does that mean?

I am proof that hope for those with mental illness is real, and I’m fighting to get them to find help.

Now, I realize some of you may be squirming in your seats right now. Most people aren’t comfortable with the topic of mental illness. It’s taboo. It’s not something we acknowledge openly. It’s something we ignore and write off as rare, and we hope they get it all figured out on their own just as long as we’re not bothered by their negative energy.

There’s a stigma around depression that makes reaching out for help seem like a sign of weakness. What people don’t realize is how prevalent it is, and how much worse it gets if you don’t talk about it.

And that’s exactly what I’m fighting against. Hear me out…

You see, my life has been full of extreme ups and downs, having been diagnosed with clinical depression and obsessive compulsive disorder in high school. I didn’t reach out because when I did, I was told to “just get over it,” or lectured by someone who had never experienced it.

After years of keeping my pain inside, and seeking support in all the wrong ways (alcohol, drugs, toxic relationships), I reached a point at which I just didn’t want to struggle anymore. The pain was too much for me to handle on my own.

I decided to end it.

My roommate found me with a knife to my wrist, and stole it away from me. Luckily, I was put into an inpatient program the next day… though I didn’t know it at the time.

I got to thinking about all the freedom I had been taking for granted. I started getting furious with the people who told me that this pain was a life sentence, and that the only way to alleviate it was with medication. I refused to believe that this was the end game for me.

I decided to start trying. Even if hope was futile, I would take action to change my life.

Over the next few years, I rode a roller coaster of extreme success and failure, getting close to that same darkness a couple times. The difference, however, was that every time I lost hope, I took action to regain it again.

And slowly, I did. I found fitness and taking action to be the most effective combination for replacing negative thinking patterns with positive ones.

Now, I empower others to take action in their own lives through my personal training business and my site, Strong Inside Out. I promote physical and mental wellness through actionable steps people can take immediately.

But I wanted to do more. I wanted to show people far and wide that hope is real. I wanted to create something extreme that would shock hope into those who feel lost.

To celebrate the 30th birthday I almost didn’t have, I’ll be teaching 30 donation-based bootcamps in 30 different cities to benefit the nonprofit, To Write Love On Her Arms. They provide hope and peer support for those who struggle with depression, self-injury, substance abuse and suicide.

To check out the video about my story and the movement, please click here.

I believe that every one of our stories is important, and that no one should stay silent if they’re suffering. With your help, we can show every one of those people who are living in the darkness that there is light.

No, I’m not running for days at a time or climbing Mt. Kilimanjaro, but I am living in extreme vulnerability in hope that I can help others.

Depression is not weakness, it’s a condition to be faced and dealt with. If you know anyone who is suffering (and chances are that you do), please share the movement with them, and consider contributing if you, too, know that hope is real.

Have you come face-to-face with mental illness? What words of hope would you offer someone else who is struggling right now?

Write your message of hope in the “Retweet This Post” box below before the title (or in place of it if it’s long).