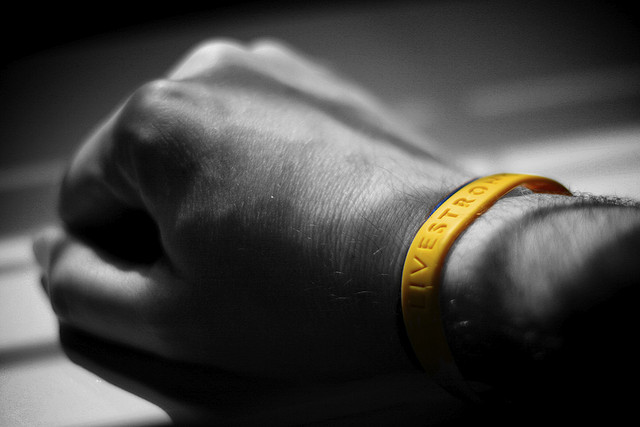 Inside the Livestrong Foundation

Let’s set aside the fact that Lance Armstrong has been asked to return $4 million in Tour de France prize money. It’s the “most sophisticated doping scheme in sports history,” they say.

In October of 2012, in the wake of a cycling doping scandal, Lance Armstrong voluntarily stepped down as chairman of the foundation. “”To spare the foundation any negative effects as a result of controversy surrounding my cycling career, I will conclude my chairmanship,” he provided in a statement.

At the moment, Doug Ulman serves as president and CEO of the Livestrong Foundation. Armstrong no longer sits on the board of directors.

And we can’t talk about the foundation without mentioning the wristband.

The Livestrong wristband was launched in May 2004 as a fund-raising item. It was developed by Nike and their advertisement agency Wieden+Kennedy. This seemingly simple yellow silicone band generated quite the following. Sold for $1 individually or in packs of 10, 100 and 1200, the goal was to raise $25.1 million, which was achieved in only six months.

By the end of 2004, the band was quite popular. John Kerry, Matt Damon and several athletes at the Athens 2004 Olympic Games were spotted wearing a Livestrong wristband. I personally remember them selling out on the website for weeks at a time.

Of course, if you’d like to make your own wristband, you can order wristbands yourself via a website like Label Yourself. Pretty easy and, who knows, maybe it’ll help you bring awareness to an important cause.