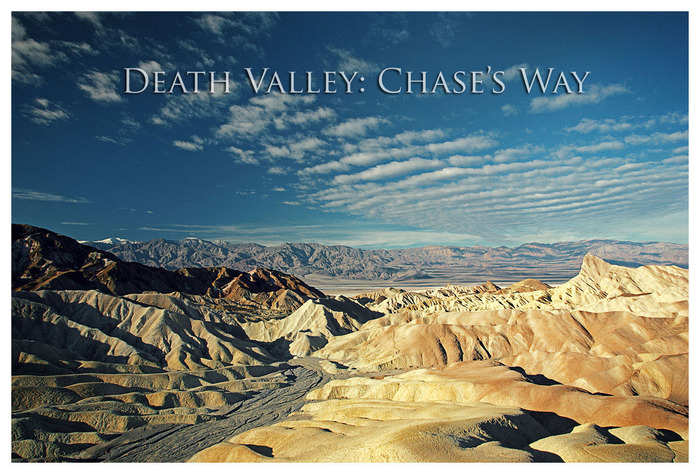 It’s ironic that, as a child, Chase Norton used to spend more time indoors, tinkering with his computer, than outside. These days, he prepares for adventures like a 228-mile solo trek across Death Valley.

Born in Georgia, Norton moved to Honolulu to study at the University of Hawaii. It was the Napali Coast that changed him. At one point during his studies, Norton was out drinking with friends. Empowered from a recent hike, he naively boasted that one day he would hike the entire Ko’olau Mountain Range on Oahu.

Unknown to Norton at the time — the spine of the Ko’olau had never even been attempted.

On his first trip into the Ko’olau, Norton shouldered a sixty pound pack. Over time, as he gained experience in the mountains, learning to navigate the trails of volcanic terrain, Norton reduced his pack down to twenty pounds.

It only took him two tries – in March of 2012 Norton hiked the entire Ko’olau Mountain Range via the KST, or Ko’olau Summit Trail. His life as an endurance athlete was only beginning.

On February 14th, Chase Norton seeks to hike the entirety of Death Valley National Park, a north-to-south path over 228 miles long. He will attempt the expedition solo, fully self-contained. He will cross canyons, dunes, summit ridges and valley floors.

Norton has teamed up with Olivier Renck, adventure photographer and videographer, to create a short film, Death Valley: Chase’s Way, that highlights the experience.

I asked Chase to write up some notes regarding his upcoming journey. Read below for his thoughts.

Solo: One Man’s Will to Adventure, Inspire, and Endure

The Mountains Are Calling:  After five years spending every spare moment exploring Oahu’s terrain, untold hours pouring over topographic maps, and one failed bloody attempt, I became the first person to successfully complete an eight day trek along the entire summit of the Ko’olau Mountain range. I planned it solo and entirely self sufficient as to try and reduce any failures but of my own. Over time, these requirements would force a deep understanding and knowledge of my gear, the land, weather and my mind/body or else force me to become another statistic being airlifted out.  As I prepare to leave Hawaii this month, I take with me the many lessons learned and am able to put them towards future adventures worldwide. The next challenge is possibly the antithesis to Hawaii’s mountains (a reason I love it) but stays true to me, a full 228-mile solo traverse of Death Valley National Park through its canyons, sand dunes, snow capped peaks and salt flats all while being captured in a short film, Death Valley: Chase’s Way.

Trekking:  To feel at home.  I enjoy the struggle and focus that I feel alone in the wilderness. To stand tall in the face of a challenge is not bred into us but learned through experiences of misery and hardship. I do not laugh while the darkness closes in nor rejoice at the calluses formed from my machete. Determination:grit:survive until the clouds part and I crawl out of my cave able to reflect:learn:grow. Mountains continue to teach me how to be a better man allowing me an attempt at being a true contribution to humankind. Personal growth does not come without injury and fear but I find they are unique lessons rarely taught and worth learning. This is why I trek: to make a better me.

Freedom: The Death Valley project is truly one of a kind, being a fully self-contained and solo backpacking trek from north to south across the largest park in the continental U.S.  Many of the days are marathon plus mileage with the last day totaling nearly 50 miles.  I will leave the roads behind and instead opt to run across sand dunes, canyons,  ghost towns, summit ridges and valley floors.  Beauty alongside misery while one discovers their limits and then breaks through them.  This trek embodies an idea I love: To put everything you need to survive in a pack and just run for days and weeks alone.

A Message Within the Artwork: The journey is encapsulated within a short film we are going to create, Death Valley: Chase’s Way, which will be used as a message of inspiration in talks to schools and businesses through my recently founded business, Chase LIFE. I wish to inspire others to live more active adventurous lives while pursuing their passions. So many of us go through the motion of life, but are not really alive with drive and aware of our absolute potential. I hope to ignite this spark inside everyone to remind people to live life to the fullest and without limits.  For the filming, I have teamed up with an experienced and National Geographic published photographer/videographer, Olivier Renck. I believe that Death Valley captured through Renck’s lens will embody not only the awe inspiring journey, but the incredible place itself.  Nature has been the subject of novels, poems and films because of its ability to inspire. It is my hope that this film will be thought of as a work of art, capturing man alone enduring within the vastness of a beautiful landscape.

Join Me: We are seeking support in order to make the Death Valley project a reality. Kickstarter has allowed us to share this project with the masses and through a multitude of pledges/rewards that we created you can get involved and follow my journey through the desert.  Be there with me through the adventure on whatever level interests you; emails from on the trail, a bound book of my trail notes, images of Death Valley by Olivier, or by receiving a copy of the short film.

Please visit the project to learn more about it and how you can get involved: http://www.kickstarter.com/projects/chaseway/death-valley-chases-way

You can reach Chase Norton on the web at thechasenorton.com