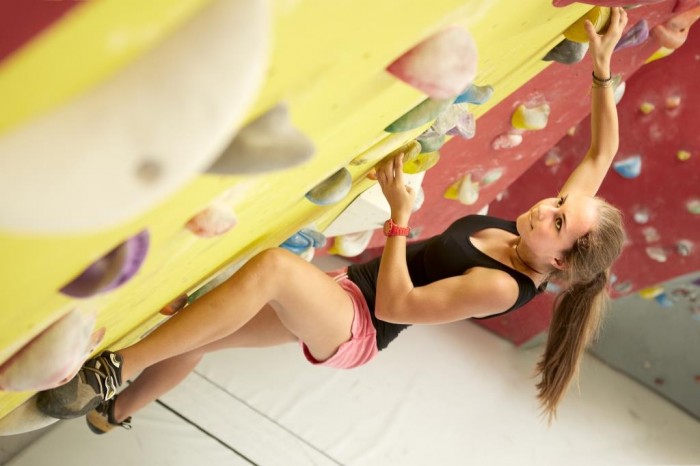 Chicago’s skyline towers over any hill within a several-hour-radius- not the ideal terrain for rock climbers. Countless yoga studios, weight rooms and pools clutter the third largest city in the country, enough to satisfy any athlete, with the exception of climbers. Outside of a handful of rock walls thrown into gyms as afterthoughts, and one solid, yet tiny, bouldering room, Chicago lacks an indoor rock climbing facility. As soon as Winter 2014, this will all change when First Ascent comes to the Windy City.

I had a conversation with three climbers who are spearheading the new gym’s launch to find out details about what we can expect from First Ascent. CFO Joe Zentmyer’s heading the gym’s financial needs, while Dan Bartz is taking charge of most of the gym’s groundwork. Jon Shepard runs general business oversight and the legal side of First Ascent. All three are heavily involved in the climbing community, along with majority of the investors backing Chicago’s first big rock gym.

First Ascent will reside on the north side of Chicago, north of Logan Square, near Avondale, at 3500 N. Spaulding Avenue.  The new gym will offer climbers 26,000 square feet of climbing, including a main wall and 5,000 square feet of bouldering. Climbers will have the opportunities to lead, sport climb and top rope, and a fitness center featuring weights and cardio machines will be available for cross training. First Ascent will even save space for a yoga studio, where climbers can stretch and strengthen. An added café and locker rooms with showers will give work commuters somewhere to climb and freshen up before or after work.

“There will be lots of climbing surface,” said Shepard. “With anything from beginner terrain to expert, overhanging and lead terrain.” Shepard said that it is especially exciting for all of those who head down to the Red River Gorge, the best close climbing to Chicago (and close, meaning 400 plus miles). Many at the Red encounter trouble sending new routes because of their lack of training space options. First Ascent will give those dedicated climbers a spot to train for their next big projects during the workweek.

While First Ascent’s steep climbs and advanced bouldering will cater to the elite climbers, the First Ascent team also hopes to draw in beginners and everyone in between. Classes in safety, technique and outdoor climbing will be offered, as the First Ascent team, especially Bartz, a Teach for America alum, highly values education within the sport.

“The Chicago climbing community is extremely unique,” said Bartz. “Because we live so far away from real rock, you really have to be dedicated to the sport, so there’s a really supportive network here. Everyone’s down-to-earth. It’s kind of that Midwestern charm that you get a little bit too.” Bartz expects First Ascent to work with that community and grow it, giving climbing access to those who just don’t have it right now. He also hopes it will unite a currently fragmented community, divided between small gyms scattered throughout the city. “We’re excited to have a place where everyone can climb together and allow people from different climbing pockets to come together, meet each other and get psyched up for their next project,” said Bartz.

So why has it taken so long for a solid rock gym to make it to Chicago? According to Zentmyer, it’s really tough to build one in the Chicago area. It’s challenging to find the right location and real estate situation for a building as big as a climbing gym requires, not to mention the funding to back it. A location change, moving First Ascent from the South Loop to the Logan Square/Avondale location also slowed down the project, but with the kinks worked out, the gym should be up and open this coming winter. The First Ascent team members attribute a large portion of their success to sourcing themselves directly from Chicago, the city they’re building in, surrounding themselves with the climbers for whom they’re building First Ascent.

Rock climbers in the Windy City anxiously await the long overdue arrival of a large rock gym, like First Ascent, pulling with it the potential to put Chicago on the map in the rock climbing world.