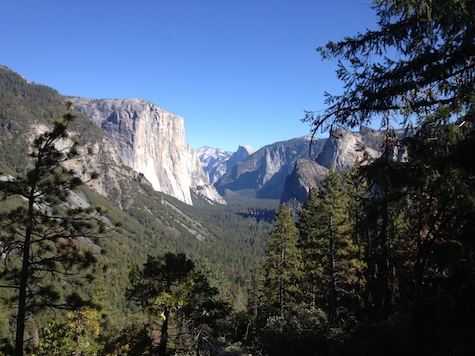 The History of Yosemite’s Camp 4

Camp 4, in Yosemite National Park, sees the sunrise last, leaving it a few degrees below chilly on any given fall day. Every morning, campers rise, many before dawn. They roll out of their tents, bundled in fluffy jackets and worn beanies, heat a quick breakfast on their portable stoves and pack up their shoes, ropes and slings before setting off with the hope of sending a new route.

Set deep in Yosemite Valley, west of Half Dome and east of El Cap, it’s no wonder that the crowded camp has housed world-famous climbers. As early as 1947, climbers such as Royal Robbins and Yvon Chouinard, who sent first ascents in the Valley, stayed at the campsite. As more climbers flocked to Yosemite, they set up camp at Camp 4, where they swapped techniques and climbing philosophies, making the campsite a sort of classroom for dedicated climbers.

Many also credit Camp 4 with the founding of the popular sport slacklining. When climbers needed a rest day from a hard day on the rocks, they’d hook webbing around two trees and take turns balancing across the tightrope. Today, there are still a handful of slacklines set up in Camp 4, available for climbers to use while they break from sending big walls, just as they did decades before.

In February, 2003 Camp 4 was officially listed with the National Register of Historic Places. In Yosemite’s news release of the registry, Linda McMillan, at the time Vice President of the American Alpine Club, said, “What makes this dusty little campground so historic and unique is its freewheeling, dynamic spirit and the people drawn to it over the decades. Camp 4’s spirit epitomizes the spirit of the American West–restless, unconventional, inventive, and filled with hope. Yosemite continues to offer new frontiers for the pioneers and explorers of its vertical walls.”

Today, the climbing community still calls Camp 4 home. Some stay for weeks at a time, living on a diet of canned food and big walls. At the end of each day, climbers from Belgium, Italy and California come together to heat cans of beans and share stories from their day on the rocks. Some boast about newly sent routes, while others look for advice on how to tackle a stubborn problem. By 10 p.m. sharp, the camp falls silent and dying embers crackle softly as the climbers zip into their tents, drift off to sleep and prepare for the next day of climbing.