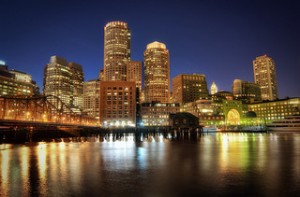 Boston, Massachusetts, home to the Bruins, Celtic, Patriots and the Red Sox, is one of the oldest cities in the United States. It is where the American Revolution began in 1775 and was home to Benjamin Franklin. The Boston Harbor was the location of the infamous Boston tea party.

Although it is a city with a rich history and a deep background, it has so much more to offer. In addition to the aforementioned sports teams and a plethora of museums and scenic spots, it is also a great place for action sports enthusiasts. Popular extreme sports in Boston include scuba diving, rock climbing, stand-up paddle boarding, paintball, cycling, and much more. Just a short drive outside Boston, Quincy Quarries has more than 15 outdoor rock climbing areas and hundreds of routes within those sections. A fan of bouldering, but can’t drive outside of the city? Brooklyn Boulders, located near the Red Line at Porter Square, is open from 10am to midnight every day of the week and has something for everyone.

Not into climbing? You can rent a paddleboard or kayak and tour the city from the scenic Charles River. A nature reserve covering 950 acres that is on either side of the Charles River throughout the city makes for a scenic paddle and a unique approach to seeing the city. The river runs by Harvard, MIT and B.U. among other popular landmarks like the Charles River Esplanade (which is perfect for a picnic or a long run). There are other picnicking areas scattered along the banks of the river as well. If you are more into the rich history of Boston, one option is the Minutemen Bike Trail. It passes through the area where the American Revolution began in April of 1775 and passes through 4 different communities: Bedford, Lexington, Arlington and Cambridge. It runs a total of 10 miles from beginning to end and is open to walkers, skaters and bikers alike. 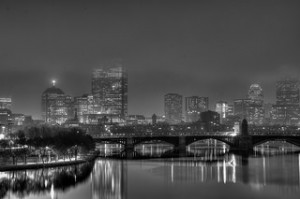 Boston’s coastal areas are chock-full of activities and action sport adventures. Scuba diving off the coast with Boston SCUBA and kiteboarding in the Atlantic are both great options for those who love the ocean. If you are more for alternative sports, Woburn’s indoor skate park has a lot to offer. If you are into paintball, there are more than 6 courses in the area (both indoor and outdoor, of course). Or, you could catch some air at Skyzone, an indoor trampoline park.

If you’re looking for a little bit more of a rush than just a trampoline park, though, you can always go check out Skyventure wind tunnel for some indoor skydiving. Feel the wind go past you as you are suspended in midair by a 12,000-horsepower wind tunnel.

With so many different and ranging options for activities, Boston is the place to go if you are looking for a good balance of culture, history and action sports.