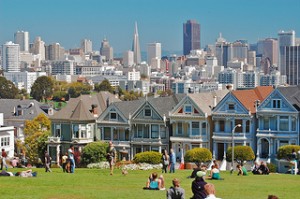 Some people visit San Francisco to see the Golden Gate Bridge, Alcatraz or Fisherman’s Wharf. But there’s a lot there besides Haight-Ashbury and all the other tourist sites. San Francisco’s hilly terrain and prime location on the water make it a great destination for extreme sports athletes of all types.

For surfers, there is the ever-legendary Mavericks break just south of San Francisco. A powerful wave that regularly snaps boards and injures riders, it is not for the inexperienced. If you are not a surfer, you might try paragliding at Mussel Rock (The Dumps). The Bay’s windy weather also makes for great kiteboarding in Alameda.

Another popular activity in the hilly streets of San Francisco is luging. Wild Fro Luge School will have you flying downhill at speeds of more than 70 miles per hour…in less than one day. If you’re more into hiking, then check out the Mt. Sizer Loop. It has been voted the Bay’s toughest trail and is a grand total of 15.6 miles round-trip. The best time to go is during March or April, when all of the hillsides are green and the flowers are in bloom. Many people go during October, though, because it is mating season for the large, hairy tarantulas that are native to the area. 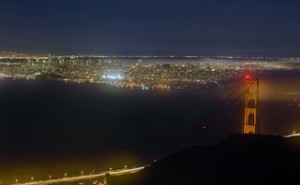 If you are trying to go mountain biking, head on over to China Camp State Park. It’s a leisurely ride, according to most of the locals, but a scenic one. A popular destination in the park is the China Camp Village, the small fishing village that gave the park it’s name. If you’re a bigger fan of cycling, the ride from Golden Gate Park to Sausalito is very pretty. It takes you up the 101 and past a couple different viewpoints that look out onto the Pacific Ocean. If you are looking to stay in the city, there are a bunch of indoor climbing gyms like Planet Granite, which has three locations. Another option is indoor skydiving at iFLY SF Bay. A 12,000-horsepower engine will push you up into a tube where you will be perpetually “free falling” in mid-air, free to do whatever you please.

And if you’re a paintballer, you should check out Jungle Fields. With over 40 acres of paintball courses, they have a little something for everyone. They have beginners leagues and kids leagues for the inexperienced paintballer, but they also have choice courses for more advanced paintballers.

San Francisco has much more to offer than the regular tourist attractions that everyone always thinks of when they first hear the name. San Francisco is northern California’s premier site for extreme sports.